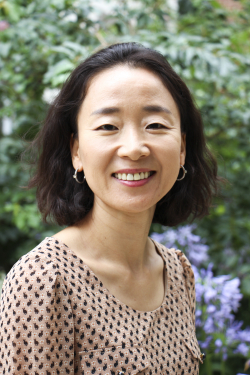 Patients who take new oral direct-acting antivirals for hepatitis C have lower risk for developing liver cancer and other health conditions, cost less to insure in the short term, and end up spending less money on their own health care costs overall, a study by University of Florida researchers has found.

The study, published in the journal Hepatology, examined the clinical and economic outcomes of direct-acting antiviral therapy, which cures hepatitis C in nearly 95 percent of patients. The hepatitis C virus affects more than 3 million people in the U.S. who often show no symptoms for years. When left untreated, the virus can cause liver cancer; cirrhosis, or liver scarring; and other serious liver problems.

This was the first such study on real-world clinical and economic outcomes of direct-acting antiviral therapy.

In a finding the researchers called “disturbing,” 70 percent of hepatitis C patients in the nationwide health insurance database analyzed in the study had not received treatment, reflecting expensive drug costs and prior authorization policies.

“We were very surprised to find that only 30 percent of our population received the medication,” said study author Haesuk Park, Ph.D., an assistant professor in the UF College of Pharmacy’s department of pharmaceutical outcomes and policies.

“This database only includes patients who actually have health insurance,’’ she said. “They should have better access to treatment than the general population, many of whom don’t have health insurance at all. Generics became available in January, so we expect a change in insurance overage over time, resulting in more patients receiving the medication.”

In addition, patients who received treatment spent $2,800 less on liver-related expenditures and $13,700 less per person per year overall.

“The challenge now is convincing payers and health care providers to prescribe the effective medication to hepatitis C patients so they can cure their infection and prevent patients from developing liver complications later,” Park said.

Meanwhile, patients should advocate for their own treatment, she said.

Although direct-acting antivirals have been an approved treatment for nearly five years, little has been reported on real-world implications for patients. UF has become a leader in these types of real-world studies, part of the university’s commitment to translational research that accelerates research discoveries’ journey from idea to practice, where findings become the treatments, cures and approaches that make a difference in the everyday lives of patients.

“We know that direct-acting antivirals work, thanks to years of research. We know that they can cure hepatitis C in a relatively short amount of time, and that they are easier for patients to take than previous treatments,” said study author David R. Nelson, M.D., an internationally recognized liver researcher, director of the UF Clinical and Translational Science Institute, and interim senior vice president for health affairs at UF and president of UF Health.

“This study showed the practical circumstances patients face in accessing treatment, and the challenge we face in ending hepatitis C even though we have effective treatment options,” Nelson said. “It’s an approach to research that extends beyond this study and hepatitis C to the practical considerations of other diseases and overall health of populations.”