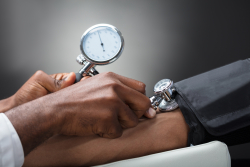 University of Florida Health researchers have found a significant association between perceived discrimination and worsening severity of a health condition known as metabolic syndrome in African Americans.

Other studies have shown that as many as one in three African American adults has metabolic syndrome, making them five times more likely to develop Type 2 diabetes and twice as likely to develop heart disease as healthy people with fewer or no risk factors. 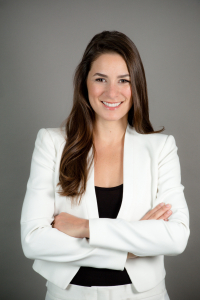 According to Cardel, poor diet, physical inactivity and cigarette smoking all contribute to the development and severity of metabolic syndrome. But Cardel’s research, published recently in the Annals of Behavioral Medicine, suggests perceived racial discrimination also plays a significant role.

“Our findings suggest that discrimination may be an important risk factor for heart disease and diabetes in African Americans,” Cardel said.

The UF Health team calculated the severity of metabolic syndrome using data collected from the study participants at the beginning of the study period and again eight years later.

To measure everyday discrimination, participants were asked how often during a typical day they felt they were treated less courteously, given poor service or treated unfairly. They were also asked how often others treated them as dishonest or threatening. Responses ranged from “never’’ to ‘‘several times a day.’’

To assess lifetime discrimination, participants were asked about the number of times in their lifetime they experienced unfair treatment at school, getting a job, at work, getting housing, getting resources or money, getting medical care, on the street or at another public place, and getting services.

The team also gathered information on participants’ education and income level, along with health habits such as cigarette smoking, alcohol consumption, diet and physical activity.

Across both visits and controlling for other variables, the team found that participants who had higher scores for everyday and lifetime discrimination also had more severe metabolic syndrome, especially middle-aged adults.

Previous studies have found correlations between perceived discrimination and prevalence of metabolic syndrome in other minority groups.

Cardel said one way discrimination can undermine physical health is by activating a stress response in the body, which releases a flood of hormones like cortisol. Repeated activation of the stress response can lead to wear and tear on the body over time and increase an individual’s risk for diabetes and heart disease.

“This study, as well as the work of others, highlights the adverse health outcomes that result from racism and discrimination,” Cardel said.