For more information on our ongoing response to COVID-19 in Gainesville, Jacksonville and Central Florida, visit our coronavirus website. END_OF_DOCUMENT_TOKEN_TO_BE_REPLACED

University of Florida Health researchers, in collaboration with the Health Services Advisory Group, have completed a new quality measure for the Centers for Medicare and Medicaid Services to evaluate care in nearly 1,700 psychiatric hospitals nationwide. 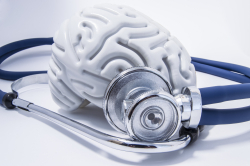 “Hospital readmission is a significant problem for psychiatric patients,” said Almut Winterstein, R.Ph., Ph.D., FISPE, a professor and the Dr. Robert and Barbara Crisafi Chair in Pharmaceutical Outcomes and Policy in the UF College of Pharmacy and the director of the UF Center for Drug Evaluation and Safety. “We found one in five patients admitted to the hospital for a psychiatric condition end up being readmitted within 30 days and almost half require inpatient care within six months.”

CMS adopted the measure in 2019, following the multiyear study that examined more than 700,000 admissions to inpatient psychiatric facilities. UF College of Pharmacy researchers reviewed Medicare claims data and determined about 150,000, or 21%, of those admissions had unplanned readmissions soon after discharge.

The range of readmission rates varied by facility from as low as 11% to as high as 35%, after differences in clinical risk factors of patients across facilities were taken into account.

“This means the measure we developed was able to determine differences in care across psychiatric facilities,” said Amie Goodin, Ph.D., an assistant professor of pharmaceutical outcomes and policy in the UF College of Pharmacy and co-author of the study. “This information will allow inpatient psychiatric facilities to improve care for their patients by developing targeted interventions that will best serve their individual communities.”

More than 50 risk factors for readmission were assessed in developing the measure, including age, type of illnesses and other patient conditions. Among the principal illness, dementia, personality and schizoaffective disorders and psychosis carried the greatest risk for readmission.

“The underlying illness could not explain the disparity of readmission rates across facilities, though,” said Regina Bussing, M.D., MSHS, the study’s medical director and a professor of psychiatry, the Donald R. Dizney Chair in psychiatry and chair of the department of psychiatry in the UF College of Medicine. “Studies suggest that comprehensive discharge planning to ensure that patients have medical and social support and other interventions can make a big difference.”

In assessing patient-related risk factors, the measure’s developers aimed to develop a tool that creates a level playing field for comparing inpatient psychiatric facilities across the country. Their risk model can also point hospitals to those patients at highest risk for readmission to concentrate care efforts.

“What we are doing is trying to find a way to make the comparisons fair and to see who is really doing a good job of providing psychiatric care and who needs more help,” Goodin said.

The study, “Development and Validation of an Administrative Claims-Based Measure for All-Cause, 30-Day Risk-Standardized Readmissions after Discharge from Inpatient Psychiatric Facilities,” was published online in the December 2019 issue of the journal Medical Care and will appear in an upcoming print issue. The journal is an official publication of the American Public Health Association.

Matt Splett is director of communications for the College of Pharmacy. He leads efforts to enhance the college’s brand image through traditional and new media initiatives and serves as executive... END_OF_DOCUMENT_TOKEN_TO_BE_REPLACED