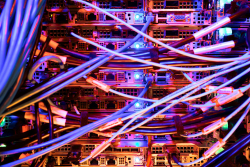 When hepatitis C treatments fail, patients can face major health risks and the expense of a second therapy. Now, University of Florida Health researchers have developed algorithms that use artificial intelligence to accurately predict when treatment won’t work.

The algorithms use machine learning, a type of artificial intelligence, to produce treatment-failure predictions that are more accurate than current statistical models, the researchers determined. Their findings were published recently in the journal Hepatology.

Successful hepatitis C treatment is an imperative for patient and payer alike, said Haesuk Park, Ph.D., a UF College of Pharmacy associate professor and the study’s lead researcher. The hepatitis C virus causes inflammation that can lead to serious liver damage. Treatment failure also has a large price tag: Two common generic hepatitis C antivirals had a list price of $24,000 when released in 2019.

“No one wants the treatment to fail, least of all the patient,” Park said. “We wanted to find a better way.”

To establish their findings, Park and her colleagues developed four machine-learning algorithms to predict direct-acting antiviral treatment failure among hepatitis C patients. Nearly 5,000 patient samples from a national hepatitis C registry were used for algorithm training, a process that is used to “teach” the algorithms to make proper decisions. Another 1,631 patient samples were used to separately validate the algorithms’ effectiveness. Patients in the study were treated with one of seven oral hepatitis C medications between February 2014 and 2018.

The algorithms were developed and identified using 41 factors that put patients at risk for treatment failure, Park said. Some of the research was carried out with HiPerGator, the most powerful supercomputer in Florida and one of the world’s fastest supercomputers.

After developing and testing four common machine-learning algorithms, a technique known as gradient boosting machine, or GBM, was found to be the most accurate. All four of the machine-learning techniques outperformed multivariable logistic regression, the previously developed statistical technique for predicting treatment failure, the researchers determined.

GBM also stood out for its ability to identify the patients at highest risk of treatment failure and segment them into different risk groups. Identifying those risk groups may one day be valuable for physicians treating hepatitis C patients, the researchers noted. 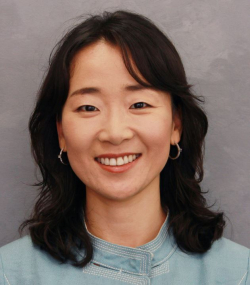 Machine learning also allowed the researchers to distinguish a host of conditions associated with treatment failure, including tobacco and alcohol use, diabetes, high blood pressure and certain non-prescription medications used to treat acid reflux disease. Some of those factors — especially smoking, drinking and acid-reflux pills — are potentially modifiable to improve patients’ success with hepatitis C treatment, the researchers said.

While direct-acting antiviral treatments have initial cure rates of 95% or more, even a small percentage of failures can have a significant impact: The World Health Organization estimates there are 58 million global cases of chronic hepatitis C, with about 1.5 million new infections per year.

Machine learning, the researchers noted, is a strategic advancement that can help physicians make crucial decisions. While further refinement and more work are needed to understand how their findings can be deployed in the clinic to improve patient outcomes, the researchers envision it becoming part of electronic health records that would generate alerts for high-risk patients before hepatitis C treatments are started.

“This is the first AI model developed to predict direct-acting antiviral treatment failure,” Park said. “This is a good foundation for future research.”

Funding from the National Institutes of Health and UF’s Informatics Institute and Clinical and Translational Science Institute supported the research. UF College of Medicine and Johns Hopkins School of Medicine researchers collaborated on the work. Patient data for the research were obtained from the Hepatitis C Therapeutic Registry and Research Network, known as HCV-TARGET. It maintains a national registry to observe patients undergoing hepatitis C treatment and coordinate real-world monitoring on a national scale for new therapies. HCV-TARGET is co-led by David R. Nelson, M.D., Ph.D., UF’s senior vice president for health affairs, president of UF Health and a professor of medicine specializing in liver disease.

Doug Bennett joined the UF Health staff in January 2015 as a science writer and editor. His topic areas include anatomy; biochemistry and molecular biology; molecular genetics and microbiology; pathology,... END_OF_DOCUMENT_TOKEN_TO_BE_REPLACED