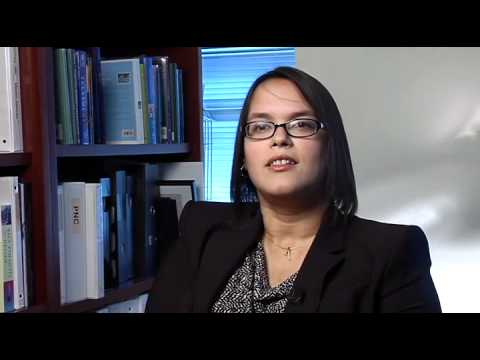 Puberty is the time in which a child's sexual and physical characteristics mature. It occurs due to hormone changes.

Adolescence is the period between puberty and adulthood.

The exact age a child enters puberty depends on a number of different things, such as genes, nutrition, and gender. During puberty, endocrine glands produce hormones that cause body changes and the development of secondary sex characteristics.

The adrenal glands produce hormones that cause increased armpit sweating, body odor, acne, and armpit and pubic hair. This process is called adrenarche. The child will often need an underarm deodorant or antiperspirant during this time.

Breast development is the main sign that a girl is entering puberty. The first menstrual period (menarche) usually follows within about 2 years.

Before the first menstrual period, a girl will normally have:

Menstrual cycles occur over about 1 month (28 to 32 days). At first, the menstrual periods may be irregular. A girl may go 2 months between periods, or may have two periods in 1 month. Over time, periods become more regular. Keeping track of when the period occurs and how long it lasts can help predict when the next menstrual period will occur.

When the egg reaches the womb, the lining of the womb becomes thick with blood and fluid. This happens so that if the egg is fertilized, it can grow and develop in the lining to produce a baby. (It is important to remember that fertility comes before emotional maturity, and pregnancy can occur before an adolescent is prepared for parenthood.)

If the egg does not meet with sperm from a male and is not fertilized, it dissolves. The thickened lining falls off and forms menstrual blood flow, which passes out of the body through the vagina. In between the menstrual periods, there may be a clear or whitish vaginal discharge. This is normal.

During or just before each period, the girl may feel moody or emotional, and her body may feel puffy or swollen (bloated). Premenstrual syndrome ( PMS) may begin to develop, especially as the girl gets older.

In girls, puberty is usually finished by age 17. Any increases in height after this age are uncommon. Although a girl has reached full physical maturity at this time, her educational and emotional maturity continue to grow.

The first sign of puberty in boys is enlargement of both testicles. Afterward, boys will normally experience:

Adolescence is the time between the beginning of sexual maturation (puberty) and adulthood. It is a time of psychological maturation, which a person becomes "adult-like" in behavior.

Adolescence is considered to be the period between ages 13 and 19. The adolescent experiences not only physical growth and change, but also emotional, psychological, social, and mental change and growth.