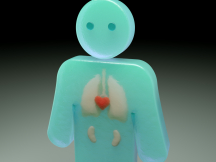 Sepsis is an illness or complication in which the body has a severe overwhelming response to infection. This response can induce tissue damage, organ failure and death. What differentiates sepsis from infection is the significant host response to an infectious virus, bacteria, fungus or parasite, often including organ dysfunction.

Many people have never even heard the term sepsis, even though it is currently the most expensive in-hospital condition in America and is responsible for more deaths in the United States than AIDS, prostate cancer and breast cancer combined. In fact, data analysis indicates that sepsis contributes to one in every two to three in-hospital deaths.

The symptoms of sepsis are not caused by the germs themselves, but rather the response of the body to the germs. A bacterial infection anywhere in the body may set off the response that leads to sepsis. The most common infections include those of the lung, urinary tract, gut or skin.

Common places where an infection might start include the:

For patients in the hospital, sites of infection can also include intravenous lines, surgical wounds, surgical drains and sites of skin breakdown, known as bedsores or pressure ulcers.

Sepsis can be difficult for many people to recognize, as the symptoms may not be specific to only sepsis. However, sign and symptoms can include:

In the most extreme cases of sepsis, blood pressure can drop, resulting in what is defined as septic shock. This can induce even worse failure of major organs and body systems because of poor blood flow, including but not limited to, the kidneys, liver, lungs and central nervous system.

Rapid diagnosis is a key component to a person surviving sepsis. The health care provider will examine the person and ask about the person's medical history. The infection is often confirmed by a blood test/culture. However, a blood test may not reveal infection in people who have been receiving antibiotics. Some infections that can cause sepsis cannot be diagnosed by a blood test.

Other tests that may be done include:

It is absolutely vital that sepsis be treated rapidly. A person with sepsis will be admitted to a hospital, usually in the intensive care unit (ICU). Antibiotics are usually given through a vein (intravenously). Sometimes a patient will require an operation to resolve the source of infection.

Oxygen is often given to a septic individual and he or she will require large amounts of fluids, given through a vein.

Other medical treatments include, but are not limited to:

The septic patient needs to be reassessed often, especially in the first 24-48 hours, to make sure he or she is improving and that all the therapies instituted are correct and working.

Sepsis is often life threatening, especially in people with a weakened immune system or a long-term (chronic) illness. In addition, young children (one year or younger) and the elderly (65 years or older) are more likely to become septic and have a poor outcome from the condition.

Damage caused by a drop in blood flow to vital organs such as the brain, heart and kidneys may take time to improve. There may be long-term problems with these organs.

Not all patients survive an episode of sepsis.

Getting all recommended vaccines, as well as managing all chronic medical conditions optimally with your health care provider can reduce the risk of sepsis. In addition, knowing the signs and symptoms can improve early recognition and subsequent treatment.