Brain Cancer Awareness Month: Marissa vs. the Worst of the Worst

Marissa Valencia suddenly felt sick. Then, when she tried to speak, nothing that came out made sense. Her friend sitting across the table from her over lunch at an Ocala restaurant immediately called 911 to rush her to a nearby hospital.

During her ambulance ride, Marissa’s heart rate and blood pressure fluctuated between high and normal. Still, she didn’t see any cause for concern. 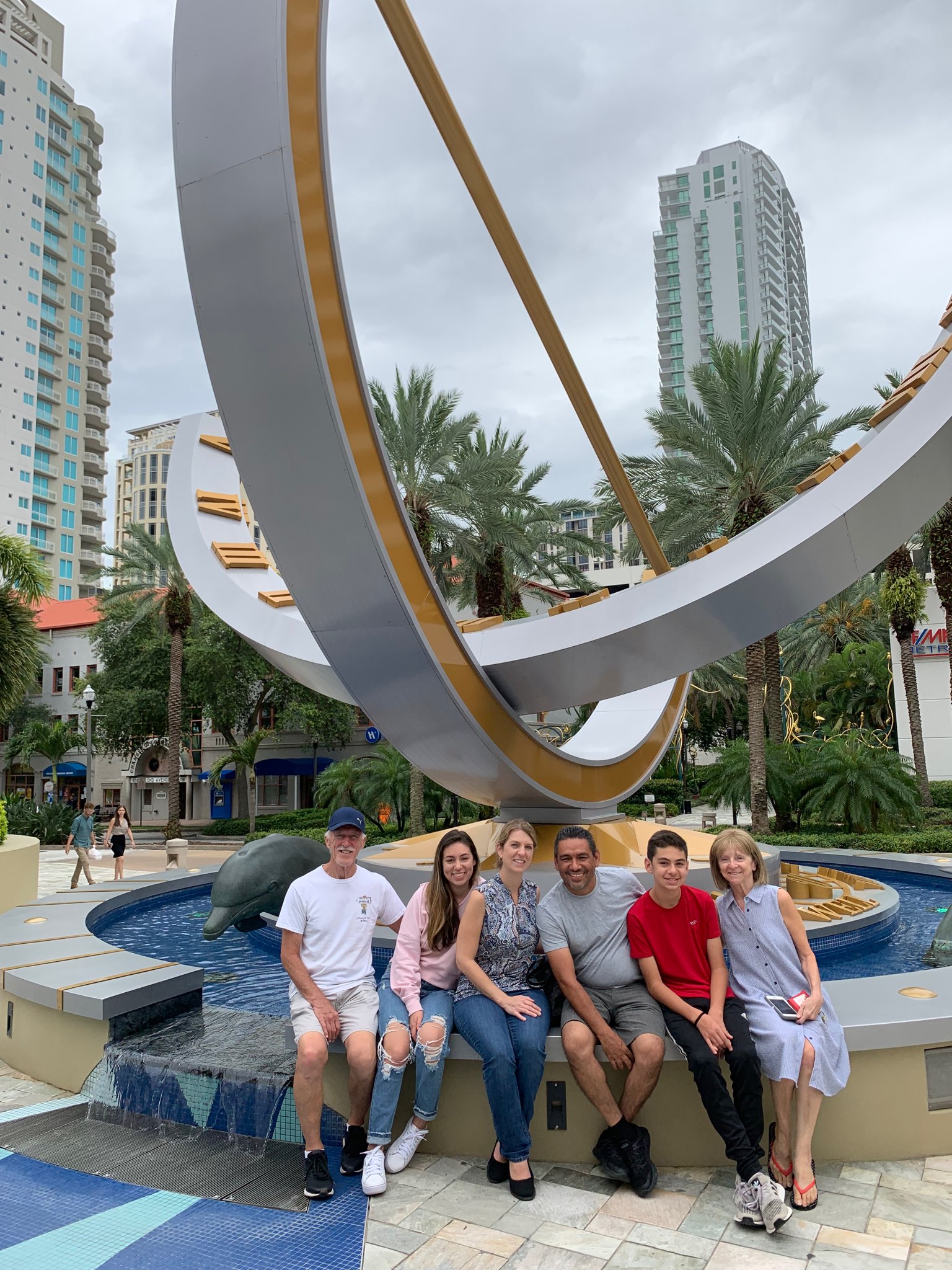 Marissa’s lack of concern seemed to be supported by the fact that there was nothing unusual in any of the tests she underwent in the emergency room. After all, she hadn’t exhibited any symptoms before Sept. 1, 2010 and was a healthy 30-year-old full-time marketer and mother of two.

The doctor was close to sending her home, attributing the episode to underlying stress, anxiety or a panic attack. Luckily, Marissa’s care team had a suspicion something was off and didn’t let her leave just yet.

“And then (the doctor) said, ‘We’ll do one more test, but after the test, you’re going home. You need some rest,’” Marissa recalled. She underwent a CT scan of her head.

That’s when Marissa was hit with the worst possible news. The scans revealed a brain tumor the size of a lemon, so big that there was no more room for it to grow. Not only that, the tumor was a stage 4 glioblastoma, the most aggressive type of brain tumor in its most aggressive stage. It had already entangled itself in parts of her brain.

Marissa was in shock, even thinking at one point that the news was meant for someone else in the room, but multiple doctors and nurses came in, echoing just how dire her condition was. Without treatment, she’d only have two weeks to live.

“They could try to do surgery, but because of the area of the tumor and how much it had grown, I probably wouldn’t be able to walk, talk or see.”

Marissa was told that even if surgery were attempted, they wouldn’t be able to get all of the tumor because of its position and how it was growing. She might not even survive the operation.

Tough conversations were underway between Marissa and her husband, Freddy. Should she go through with surgery? What if she wasn’t cognitively functional after the procedure? What would be the fallout if she didn’t make it?

Ultimately, the decision was to have the surgery there in Ocala to try to remove the tumor. Still, she had to confront the thought of leaving her husband behind.

She was also grappling with the seemingly inevitable outcome that her two children — young daughter Emily and toddler son Roman — would grow up without their mother. That struck her especially hard when she was advised by a hospitalist to write letters to her children before the surgery on Sept. 4, just three days after she first learned about the tumor.

Based on her prognosis, Marissa felt there was little hope. She needed expert care but also a reason to believe. She wasn’t a religious person, but when the same friend she had gone to lunch with asked if a pastor from her church could come pray with her before the surgery, she accepted.

The day of surgery, Marissa and her husband exchanged emotional goodbyes before she went into the operating room. The pastor barely made it in time to say a simple prayer that nonetheless impacted her profoundly.

Marissa did manage to survive the 50-minute operation, and so did her vision, speech and movement. However, the doctors were only able to remove part of the tumor and monitor the mass that remained. Then she developed an infection after the surgery, requiring her to get a second procedure in Ocala two months later.

Marissa needed more than a miracle to erase the danger posed by the glioblastoma.

“My doctors that had done my first two surgeries, they said that I’m going to need a special kind of surgery to be able to take out the rest of it,” Marissa said. “It’s called an awake brain surgery, and they weren’t comfortable doing that. They hadn’t done it before, so they referred me to someone who does.”

In 2013, Marissa was referred to UF Health and her battle with glioblastoma continued in Gainesville with neurosurgeon Maryam Rahman, MD, MS, who specializes in awake cortical mapping. This surgery lets neurosurgeons remove tumors that would otherwise be inoperable because they are too close to parts of the brain that control vision, language and movement.

The surgery was successful as Rahman was able to remove 99% of Marissa’s tumor.

“Because there was still that 1% in there somewhere, they did the chemotherapy and the radiation just to be sure they got it all,” Marissa said. “It hasn’t come back, and they don’t suspect there’s any cancer cells. The entire time it’s been stable.”

Considering the average life expectancy of glioblastoma patients who undergo treatment is 12 to 15 months and only four months for those who do not receive treatment, the fact that Marissa continues to defeat it 11 years after her diagnosis is an inspiration as we recognize Brain Tumor Awareness Month in May.

It’s also a testament to the leading-edge care Marissa has received from UF Health. In 2017, she had another operation to remove the metal plate that had been used to patch her skull and replace it with a bone flap. To this day, she still sees her care team, which includes Rahman, Stephen Staal, MD, and Ashley Ghiaseddin, MD, every few months just as a precaution. Marissa enjoys her trips to see them because of their compassion and never feeling like “just a number,” something that heavily impacted her from Day 1.

Now with the cancer behind her, so is the fear Marissa once had of leaving her family behind.

“I’m here, and it’s been over a decade. My husband and I, we’ve actually traveled the world,” Marissa said. “I get to see my son graduate. I can see my daughter get married. There aren’t any words for the gratitude I have for UF Health and for God.”

Talal Elmasry, born and raised in Gainesville, is a graduate of UF’s College of Journalism and Communications. He joined UF Health’s marketing team after 15 years in journalism, including a... END_OF_DOCUMENT_TOKEN_TO_BE_REPLACED