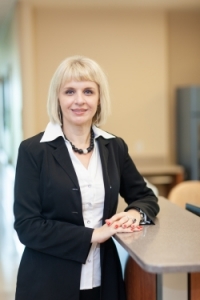 Researchers have found a way to identify critically ill patients who are at risk of developing acute kidney injury — a potentially fatal and often asymptomatic condition.

Their findings may be the first to validate two markers that can predict acute kidney injury 12 hours before the condition develops, said Azra Bihorac, M.D., first author of the study and an associate professor of anesthesiology, medicine and surgery at the University of Florida College of Medicine.

“We now know that acute kidney injury is a risk factor for chronic kidney disease, which puts you at risk for early mortality and disability,” Bihorac said. “So anything we can do to prevent this in the hospital, especially in the intensive care unit, is very important.”

Bihorac estimates that up to 35 percent of critically ill patients develop acute kidney injury in the intensive care unit. In high-risk groups, such as older adults or people with a history of kidney disease, the percentage may be even higher.

“It’s not really appreciated how devastating acute kidney injury can be. This is one of the most common and serious complication for critically ill patients, yet awareness among physicians and patients is low,” she said. “Now we have a very simple means of predicting who is at risk.”

Any degree of acute kidney injury can damage a person’s short-term and long-term health and lead to longer ICU stays, Bihorac said. This is especially true for critically ill patients, who are more likely to develop the condition as they recover from high-risk surgery or infection.

But predicting acute kidney injury has proved to be a challenge for clinicians. Unlike with a heart attack, there are usually no symptoms — especially in the early stages, when intervention would be most beneficial.

Many researchers believed biomarkers might provide a better way to predict acute kidney injury, Bihorac said, because biomarkers leak into the urine faster than creatinine. Biomarkers are biological molecules that signal normal or abnormal conditions, processes or diseases in the body.

“Everyone wants to have early biomarkers — they’re the holy grail in preventive treatment.” she said.

Bihorac and her colleagues have now validated two of these biomarkers that, when assessed together, can predict acute kidney injury within 12 hours of testing: TIMP-2, a tissue inhibitor gene, and a binding protein known as IGFBP7. These biomarkers show up when certain kidney cells have ceased normal production, a result of early-stage damage.

In the multicenter study, 420 critically ill patients were recruited from 23 enrollment sites across the United States. Of those, participants with TIMP-2 and IGFBP7 biomarkers were seven times likelier to develop acute kidney injury than other critically ill patients. Three independent nephrologists confirmed the diagnosis of acute kidney injury as part of the validation process.

In the future, high-risk patients could be given a urinary biomarker test as soon as they arrive in the ICU, Bihorac said. Those showing TIMP-2 and IGFBP7 at critical levels could be treated for the condition, and doctors could avoid certain medications and treatments that might trigger further damage to the kidneys.

Currently, a biomarker test for acute kidney injury is only available in Europe. In the United States, 510(k) clearance, which is required by the Food and Drug Administration when introducing medical devices into the U.S. market, is pending. Meanwhile, in collaboration with UF College of Engineering, Bihorac is developing a clinical algorithm to be tested at UF Health that uses electronic health records to score patients’ probable risk of developing this potentially fatal condition.

The study was published in February in the American Journal of Respiratory and Critical Care Medicine and funded by Astute Medical Inc.