The best way to prevent the spread of COVID-19 is to get vaccinated. You can get a vaccine in many places in your community. Find a walk-up location or schedule an appointment today. END_OF_DOCUMENT_TOKEN_TO_BE_REPLACED

Many children crave food and sugar — some more than others. Now, University of Florida Health researchers have found an association between some children’s eating habits and their genes.

Children who have a particular genetic risk factor — especially African-American and Hispanic children — are more likely to consume more calories and sugar than those who do not, the researchers found. The affected children have two alternate forms of a gene that create a potential risk factor for early childhood obesity, the researchers concluded. The findings are published today in the journal Pediatric Obesity. 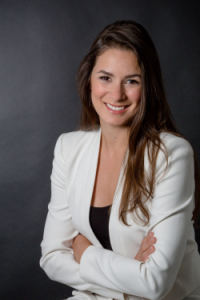 etic makeup is associated with eating more calories and more sugar,” said Michelle Cardel, Ph.D., a researcher in the UF College of Medicine’s department of health outcomes and biomedical informatics.

To establish their findings, the researchers studied a racially and ethnically diverse group of 286 children in the Birmingham, Alabama area. During a two-day period, the children’s measurements and body composition were recorded, along with their eating habits, physical activity and socioeconomic status. Children with the two genetic risk factors had higher body mass indexes and consumed more carbohydrates, fat and sugar than children who had one or none of the genetic risk factors, the researchers found. Overall, those children with the two genetic risk factors ate 20 percent more calories and sugar.

Other studies have implicated the Taq1a risk alleles in obesity and binge eating among adults but the current study is among the first to look at its effect among diverse groups of children. Researchers believe that people with the two genetic risk factors overeat to compensate for an underperforming neurochemical “reward” system within the brain.

The findings may help to partially explain why obesity rates are higher among black and Hispanic children although there are other factors at work, Cardel said.

Children’s sugar and calorie intake should be limited, particularly among black and Hispanic children who have the highest prevalence of the genetic risk factors. Even without knowing a child’s exact genetic makeup, parents can be proactive by monitoring their child’s sugar consumption, Cardel said

“Just being aware and limiting excess sugar intake can be beneficial,” she said.

The findings differ from a recent meta-analysis of 10 studies on children and adolescents that found no relationship between the genetic risk factors and childhood body mass index. However, Cardel and her collaborators at UF and the University of Arizona and University of Alabama at Birmingham noted that their study included a larger sample of participants that was better able to detect the relationship between genetic risk factors and obesity than most of the other studies. Further studies with larger numbers of participants are needed to confirm the most recent findings, the researchers noted.

The study was funded by the National Institutes of Health.

About the researcher: Michelle Cardel, Ph.D., is an obesity and nutrition scientist and registered dietitian in the UF College of Medicine’s department of health outcomes and biomedical informatics. She is also a faculty member of the UF Institute for Child Health Policy and associate director of the UF Center for Integrative Cardiovascular and Metabolic Diseases.

Doug Bennett joined the UF Health staff in January 2015 as a science writer and editor. His topic areas include anatomy; biochemistry and molecular biology; molecular genetics and microbiology; pathology,... END_OF_DOCUMENT_TOKEN_TO_BE_REPLACED