Diane Biernacki had no idea what was lurking in her DNA. Then she did a genetic screening as part of a recent women’s health exam at University of Florida Health. The test uncovered a genetic mutation that increases her risk of developing breast cancer.

UF Health recently began offering genetic screenings to gynecology patients as part of their annual exams. The screenings are a way to identify patients who may have a heightened ris 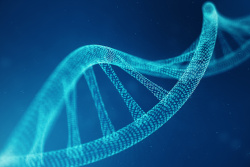 k of breast and ovarian cancers.

For Biernacki, knowledge is power — especially because there was no history of breast or ovarian cancers among her female relatives.

“This can absolutely be a useful tool, especially if there are treatments available to further reduce the risk. Knowing this information allows me to do something about it,” said Biernacki, a clinical research nurse and study coordinator at the UF Clinical and Translational Science Institute.

The genetic screening program is being led by Shireen Madani Sims, M.D., an associate professor in the UF College of Medicine’s department of obstetrics and gynecology, and Sonja A. Rasmussen, M.D., M.S., a professor of pediatrics, of obstetrics and gynecology, and of epidemiology in the colleges of Medicine and Public Health and Health Professions.

The women’s health screenings are part of an effort to help UF Health patients benefit from scientific research and advances in genetic screening technology, Madani Sims said. She is the first physician at UF Health to incorporate genetic testing into routine wellness exams through a collaboration with Invitae, a medical genetics company.

The screening evaluates 20 genes related to breast and ovarian cancers, including a test for some of the more common breast cancer, or BRCA, gene mutations.When a change in one of the 20 genes is detected, guidelines can lead to increased screening such as mammograms at an earlier age and possible preventive measures.

Patients who have abnormalities detected are referred to a UF Health genetic counselor to discuss options that can range from lifestyle changes to preventive surgeries such as elective mastectomies or hysterectomies, and to discuss other family members who may be at risk.

For those with genetic risk factors, cancer is more likely to appear at a younger age. The value of genetic testing is also supported by research. Findings by other researchers published last year in the journal JAMA Oncology showed women who know about their BRCA status prior to their diagnosis of breast cancer often get breast cancer diagnoses at earlier stages, have a lower rate of chemotherapy and radiation, and live longer compared with those who do not know their BRCA status. Those are all good reasons for women to get screened, Madani Sims said. 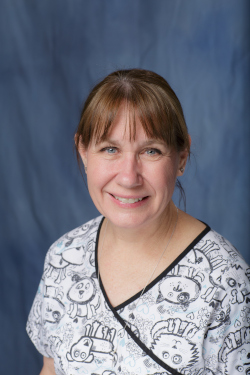 As a clinical geneticist and director of UF’s Precision Health Program, which integrates genomics into clinical care, Rasmussen understands the medical value of genetic screening. She also knows its value as a patient. During the initial part of her own screening, Rasmussen had to contact an older relative to find out her age at her breast cancer diagnosis. Her relative’s case was diagnosed when she was over 60, which led to Rasmussen not being at higher risk.

Because genetic mutations can be inherited, older patients aren’t the only ones who benefit from the screening. One patient in her mid-70s got screened — and not just for her own peace of mind.

“This is potentially information that can prolong or even save your life,” Madani Sims said. “But it can also impact health care decisions among your children and grandchildren and beyond.”

The screening tool is free. Most insurance plans cover the cost of genetic testing for patients identified at high risk. For those without insurance, the test costs $250. Financial assistance may be available for patients whose out-of-pocket cost is more than $100.

Rasmussen said she hopes screening for hereditary breast and ovarian cancer will be expanded into other gynecology physician practices at UF Health. She also sees the potential to expand genetic testing into other practice areas such as family medicine or internal medicine.

John Smulian, M.D., a professor and chair of the UF College of Medicine’s department of obstetrics and gynecology, sees much promise in the continually evolving field of genetic testing. Improved genetic screening technology can result in better, timelier diagnoses and treatments, he said. One day, he hopes to see genetic screening expanded beyond patients with known risk factors.

“There are many women without an identified family history risk factor who still develop breast and ovarian cancers. In terms of absolute numbers, that’s where a lot of the cases arise. Genetic screening tests like the one we are using have the potential to find those women at higher risk for these cancers who would otherwise be considered only average or low risk,” he said.

Biernacki, the nurse who recently completed her genetic screening, said the results can be a catalyst for lifestyle changes to reduce her cancer risk — and a benefit to the other women in her family.

“If anything, this will help my sisters and nieces know more about their risk factors,” she said.

Doug Bennett joined the UF Health staff in January 2015 as a science writer and editor. His topic areas include anatomy; biochemistry and molecular biology; molecular genetics and microbiology; pathology,... END_OF_DOCUMENT_TOKEN_TO_BE_REPLACED