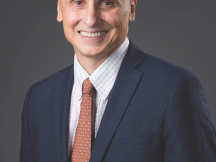 What is Pompe Disease?

Pompe disease, also known as glycogen storage disease type II, is an inherited disorder whose primary symptom is progressive weakness in the muscles used for mobility and breathing. In infants with Pompe disease, the heart muscles are often severely affected as well. These symptoms are caused by a mutation in an enzyme called alpha-glucosidase (also called maltase) that breaks down glycogen, a stored form of sugar used for energy. As a result, glycogen builds up in the body, notably in the muscles, and damages individual cells.

There are two main types of Pompe disease: infantile-onset and late-onset forms. The severity of symptoms, age at which symptoms begin, and rates of disease progression are related to the degree of alpha-glucosidase deficiency.

The infantile form is the most common and most severe type of Pompe disease. Babies with the disease may appear normal at birth, but begin to show symptoms in the first few months of life. They develop general muscle weakness and poor muscle tone, which causes their bodies to seem limp as they are unable to move, hold up their heads, or feed. They fail to gain weight and grow at the expected rate. Breathing problems can be compounded by lung infections. These infants have enlarged hearts and livers, and many also have enlarged tongues. The disease progresses rapidly and most infants with Pompe disease will die within the first year of life, often from heart or lung failure. In people with the infantile form of the disease, alpha-glucosidase is either entirely missing or inactive.

The late onset form of Pompe disease is due to a partial deficiency in alpha-glucosidase. Symptoms can begin at any time, from childhood to adulthood. In this form of the disease, muscle weakness eventually leads to breathing problems and death from lung failure. The heart may be involved, but it will not be enlarged. These people will lose mobility and eventually require a wheelchair or become bedridden. Machines may become necessary in order to breathe.
This form of the disease progresses more slowly, and life expectancy is better than in the infantile-onset form. People who develop symptoms of Pompe disease in late childhood often die in their 20s and 30s. Those who develop symptoms later may experience a slower progression, but unfortunately their lifespan will also be curtailed.

How Common is Pompe Disease?

Pompe disease affects roughly 1 in 100,000 people. The infantile-onset form is the most common type of Pompe disease.

How is Pompe Disease Treated?

Clinical trials are being performed to study the effects of gene therapy in children with Pompe.

Adults and children with Pompe disease are often prescribed a protein-rich diet and a daily exercise regimen to help muscle tone and strength. They must also carefully monitor and treat lung infections.

A non-profit aimed at funding research and promoting awareness of Pompe disease. The organization has numerous links on its website to research about the disease.

A parent and patient oriented support group that shares information about the disease, informs the public, and pushes for research. It also maintains a listserv to contact other members.

A charitable foundation run by John Crowley, a Harvard Business School graduate whose quest to save his children from a rare genetic disease was the basis for the major motion picture "Extraordinary Measures".

A site filled with information on Pompe Disease, maintained by the government's National Insitutues for Health.

An organization to raise money for Pompe disease reatment and to raise awareness of the disease.